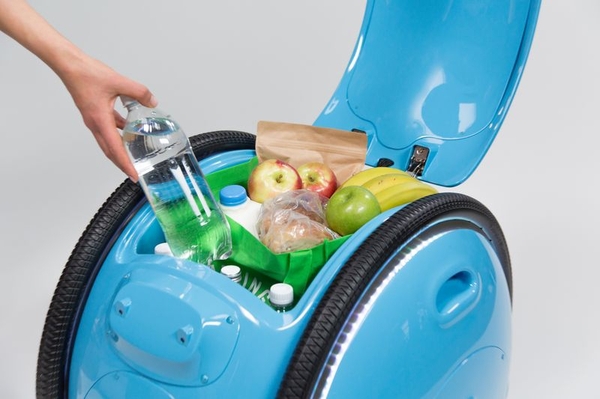 Are you still worrying about carry clothes and goods after shopping ?A newly developed robot scooter can help you.

Gita is a dedicated robot scooter used to carry maximum 18kg things, it is very easy to use, you only need put things into it,Gita will follow your waling step automatically.

Automatically follow function requires the user wearing a white belt on the body, with the camera on the belt,Gita can identify the owner, under the technology of synchronous positioning and mapping, it can create a 3D point Cloud map according to the user’s walking path. It is As long as Gita walking from a path once, Gita will be able to remember the route and automatic travel next time.

It can also have a lot of other usage, for example, when you play digital games it can help you go downstairs and buy beers;get courier for you; to help you deliver something and so on. It can walk 8 hours after being charged for 3 hours.

After completion of the task, gita will find a quiet corner itself for itself and waiting for command from user.

Gita was exhibited in Massachusetts,Boston on Feb 2017 without setting a target price. Piaggio said that Gita is still under testing this year.After perfect testing, they will be listed on the market soon.