The working principle of the unicycle (single wheel) balance scooter

Why unicycle balance scooter will not fall down ?

On one hand it is due to people can adjust their body gravity and the balance scooter moving direction , the change of moving direction of the scooter will balance the gravity of the rollover moment due to inertia .There is also an important point is that high speed rotating wheel has a large angular momentum which can resist the external torque, same like the top does not fall. In university physics, this phenomenon is called precession, and the autobiographical body rotates the direction of the external moment by 90 degree,while here the wheel turns the rollover torque into the “steering torque”.

On this basis, the self balancing electric unicycle scooter improved to be driven by the motor, use the gyroscopes and circuit board for controlling to ensure the scooter will not fall.The body can be tilted forward to start,speed is controlled by the degree of body tilt, If you want to speed up just lean forward, slow down during backward. Overing the active control, to ensure the normal working of single wheel balance scooter,the acceleration sensor and angular velocity sensor (gyroscope) can’t be separated.

When it comes to balance,we have to talk about gyroscopes, the principle of gyroscopes is that the direction of the rotation axis of a rotating object will not change if do not affected by external forces.With this principle, something created to maintain direction was called gyroscope.It is also the principle when we riding a bike. 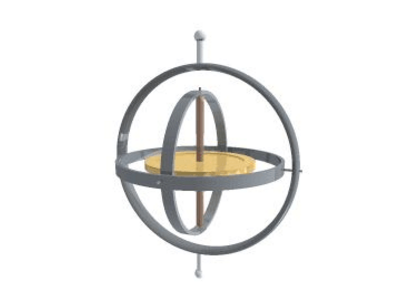 The quicker the wheels rotated the harder it can be fall down, because the axle has a level of power to maintain horizon. So once the unicycle balance scooter was running, it won’t fall down.