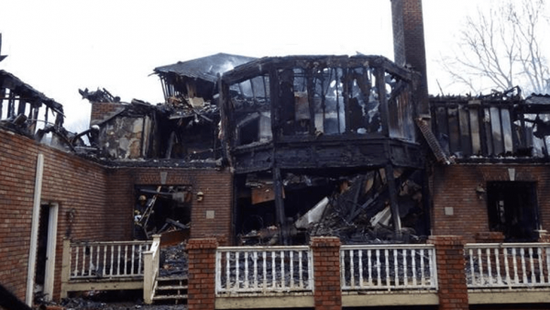 At the end of 2015, several fires caused by self balance scooter resulting in the Amazon ban sales of balance scooters and similar equipment on December. Now, a US family from Nashville has sued Amazon to court, asking Amazon be responsible for their house burned worth $ 1 million , and seek compensation of $ 30 million. They also asked the jury to consider additional economic penalties for Amazon, as well as the physical and mental suffering they suffered.

The couple purchased a FITUBRO F1 hoverboard at $274.79 on Amazon’s as  Christmas gift for their 14 year old son in November 2015. They said that Amazon did not give a warning about the risk of fire,no warning about overheating after use, also there is no warning for overheating or charging of the product may cause a fire.

On January 9th, the FITURBO F1 hoverboard, suddenly caught fire while charging, then the fire spread quickly and burned the whole house. The couple’s teenage daughter,son and their father,  the bone was torn and caused nerve damage when they escaping from fire.The couple’s lawyer Steven Anderson said it was still unclear who was the manufacturer. If the manufacturer can not be found, the Tennessee law requires the seller to be liable for indemnification.

We kindly remind hoverboard manufacturer to pay more attention on the quality of hoverboard, this is important for user, dealer and the whole hoverboard industry.