According to the daily post, a German man to create his own hand made super large bike, weighting 940 kg. However, in order to apply for the Guinness world record, he had to do one more thing. The world’s heaviest bike’s Guinness Records was a Belgian man who built 860 kilograms bike, and Frank’s masterpiece had surpassed his. However, to apply for a Guinness world record, he must prove that the bike can really ride, and need to ride it for at least 500 yards (457.2 meters).

Frank toss the big project since march 2016, and on September he will challenge the Guinness Records, try to ride this bike to run 500 yards.

To ride this bike, only by human power obviously not, need to increase the weight to drive.It is also necessary to use a truck and the boom to carry the super huge bike. 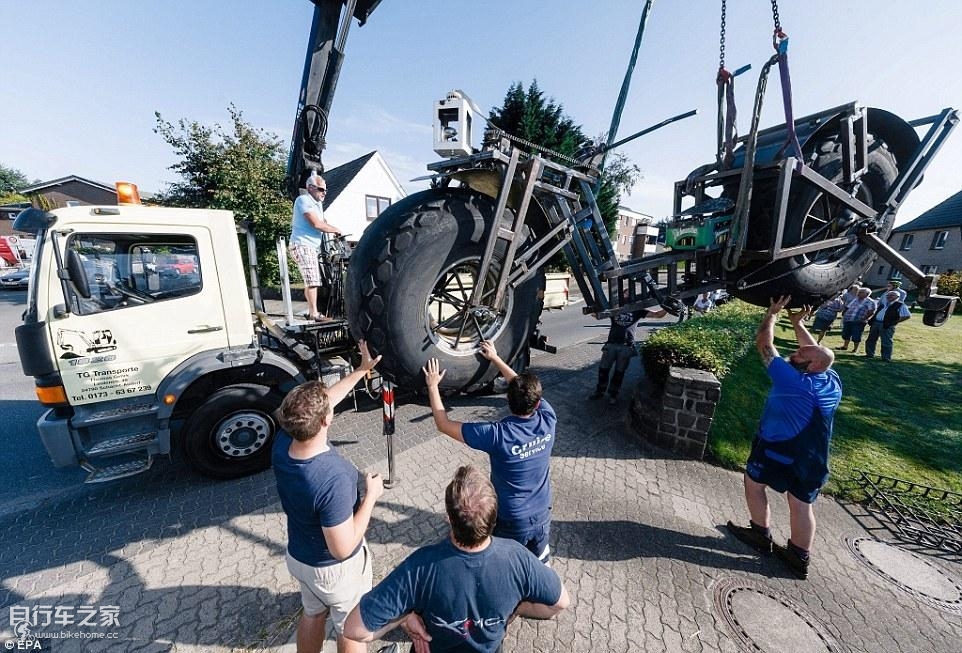 Despite the fact that the bike was made of waste, it was not cheap hand made this monster – Frank spent £3,500 on the bike.

Although spent a lot of money, but Frank’s wife did not complain about this, instead she is very proud of her husband.